AR, VR and online customer engagement – opportunities for the gaming and gambling sectors

The September 2016 KPMG eGaming Summit in the Isle of Man featured presentations from three companies providing online solutions relevant to the gaming and gambling sectors.

These presentations were well received by conference attendees in an industry keen to explore opportunities offered by new technology to build customer engagement and improve the online user experience.

Derivco, a software development company focused on online gaming,spoke about the huge potential for the gaming and gambling sectors to use augmented reality (AR) and virtual reality (VR) to offer exciting new products and services to their customers. The explosion of Pokémon Go has been a game changer for AR, with over 100 million downloads to date, 20 million daily active users and an average of 26 minutes’ gameplay per day, bringing AR to a mass market audience. Smartphone technology now provides an easy way for users to combine real-life and virtual experiences including when the user is out and about. Example uses of AR in a gambling context include real-life playing cards containing a code which can be scanned by a smartphone to download virtual characters, and watching a real-life football match both in person and through the screen of a smartphone displaying match and player data superimposed on the action enabling the user to place bets while watching the game. On the VR side, Derivco has also developed a VR version of roulette. Using Oculus Rift hardware and motion sensor capability, users can see their hands as they place their bets on the roulette table. Looking to future growth, Derivco referred to projections by consultants Digi-Capital for growth of both the VR and AR sectors.

Digi-Capital‘s latest forecast is that businesses will derive $120 billion in revenue from AR and VR by 2020, split $90 billion for AR and $30 billion for VR. VR’s adoption is expected to be more limited given the higher specification (and cost) of the hardware required and a different user environment more suited to a living room, office or seated experience given the constraints of a closed headset but offering an immersive user experience. According to Digi-Capital’s projections, the VR market would focus on core games and 3D films plus niche enterprise users and could have tens of millions of users, with hardware prices similar to console gaming machines. AR’s market would be similar to the smartphone/tablet market, with hundreds of millions of users and hardware prices similar to smartphones and tablets. This large AR user base would be a major revenue source for TV/film, enterprise, advertising and consumer apps and result in significantly increased demand for mobile networks’ voice and data capacity to support AR.

Creative Web 3D spoke about their new product 3D Vegas, where the user creates and personalises an avatar to explore a virtual world, parts of which can be personalised from a choice of dozens of different environments. The user can invite his/her real-world friends to join him/her as avatars in his/her private space within that the virtual world, and would encounter other users’ avatars in the public areas of the virtual world where each avatar can choose whether to interact with or ignore another avatar. The virtual world will include the opportunity to visit virtual stores and casinos of sponsor companies, where users could buy products and engage in gambling through the retailer’s or gambling operator’s real-world site. The 3D Vegas product is expected to offer site sponsors a tremendous opportunity to generate leads and build user engagement with their products.

Kout, a shopping website combined with a gaming activity, gave an overview of its business model. The site offers a wide range of consumer products from well known retailers but with the extra feature that at the check-out stage users are invited to play a game designed by experts in psychology, behavioural science and gamification. Based on the result of the game, users can win a discount on the product being purchased ranging from 1% to 99% of the product value. The user does not pay to participate in the game as Kout has allocated a certain percentage of its share of the retailers’ revenues to fund the discounts. Kout also develops bespoke games to increase user engagement and conversion for brands including Unilever, Philips and the UK National Lottery.

We look forward to watching the development of these companies’ businesses. 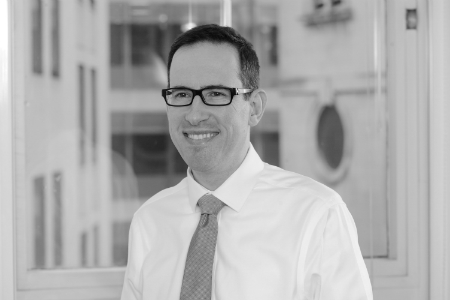