On 26 March 2019, following months of discord, petitions, demonstrations, and not insignificant amendments to the draft wording, the European Parliament voted to approve controversial… Read more

It has always been unlawful to, without the permission of the copyright owner, copy, or communicate to the public (e.g. via an online post or share), a copyright work. As a result, any posting online of a video, image or other content created and owned by someone else was already a potential infringement, and one about which the copyright-owner could complain. The reforms do not change that.

Article 15 is there to protect ‘press publishers’ which means, essentially, newspaper organs or magazine publishers. It bestows on such entities a new exclusive right to control, stop and license the reproduction of their press publications online. It is aimed at redressing a perceived lack of power on the part of press publishers when it comes to control over online use; and reallocating the financial funds available and associated with online news stories (such as advertising revenue made by websites which feature or share these stories).

Opponents of the provision have called it the ‘Link Tax’. This is because it effectively means that press publishers can now require payment from the online news aggregators (like Google), in return for a licence to use their publications.

Amendments have been made to Article 15 to try and avoid a perceived impact on how we already use the internet and share material, via hyperlinking for example. The new text of Article 15 specifically says that hyperlinking will not be affected; which is in keeping with the CJEU’s previous stance on hyperlinking (linking to material already available freely online is not communicating that content to any new public).  However, given that common practice is for news stories to be shared not just solely with hyperlinks, but with accompanying snippets or images of the work to which the hyperlink takes you, it remains to be seen whether that use – reproducing that proportion of a news story – will continue.

The long and short of it is that online news aggregators are now going to have a prior obligation, before sharing any works such as news stories, to put in place licences. There is no reason why those licences must provide for remuneration; the reforms do not go that far. However, it is expected that the large publishing houses will use this opportunity to increase revenues. The hypothetical risk is that less mainstream, potentially less reputable publishers may be less bothered about enforcing their rights. This means it could become easier and cheaper for ‘fake’ news to be shared and distributed online, while restrictions and limitations on sharing legitimate news stories published by the larger publishing houses will potentially increase overnight when the reforms come into national law.

Article 17 has received the most significant negative press; having been dubbed the ‘Upload Filter’. The reform was originally drafted widely and required online content sharing providers to be more proactive when it comes to lawful use of copyright works online – including, entering into fair and appropriate licensing arrangements.

The new Article 17 still puts the onus on online platforms – but its target is clearer. Although the wording does not name them the reform is aimed squarely at the large social networks such as YouTube and Facebook. The threshold is platforms that are older than three years, with an annual turnover of more than EUR 10 million. These online content sharing service providers (OCCSPs) now find themselves liable for copyright infringement that takes place on the platforms. They have to be far more proactive in terms of putting in place general, wide licences for use of copyright content (for example with music licensing agencies) and then also use ‘best efforts’ to try and stop copyright works unlawfully becoming available on the platforms. What this is likely to mean in practice is that the platforms must actively monitor and inspect content being posted on the platform and try to identify risk content – probably blocking it going up online at all.

Opponents of the reform are concerned that the upload filters that the platforms will put in place will be incapable, no matter how good the technology is, of making the ‘right call’ with any and all posts. The filters may end up being too sensitive and block completely legitimate content; or they may correctly block content which technically infringes, but the copyright owner might never have complained and might have preferred to see their work being shared widely. At the end of the day, technology will be required to do the job of a Court in deciding what is an infringement – and given the number of copyright cases that become disputes, it seems likely that it will be difficult for technology to apply the nuance required.

For the platforms’ part, the risk of being liable is probably enough to invest in upload filter technology, and also spend money on pre-emptive licensing. It might also be part of the reason for their opposition to the reforms.

For the average internet user, the concern has been that the reforms will put an end to free and easy online sharing using these platforms, and that it will mean the ‘death of the meme’.

The amendments to the reforms have sought to directly placate those worried about the future of the meme by incorporating a carve out for works which are parodies, pastiche, criticism or review – i.e. it will not be an infringement if that kind of content is uploaded to the platform.

In truth, notwithstanding the significant uproar surrounding the Directive and the changes it seeks to make the EU copyright law, it really does remain to be seen what the actual impact will be on businesses, platforms and internet users. It is, after all, a Directive. And although approved by the Parliament, it is not yet national law. Member States have to implement it (and have two years to do so from the date the Directive is issued and published).

From there, it still will not be clear where the line is drawn (what is a pastiche or parody? What is ‘best efforts’?) until a few cases have gone through the Courts. We can probably expect to see the big platforms joining forces to try and agree an industry standard threshold or approach in advance, and sticking together until case law tells them otherwise.

Impact on your business

As mentioned above, the true scope and impact of the reforms will only be known through a body of case law and will depend on how Member States implement the Directive. However, at this stage we foresee the following potential changes: 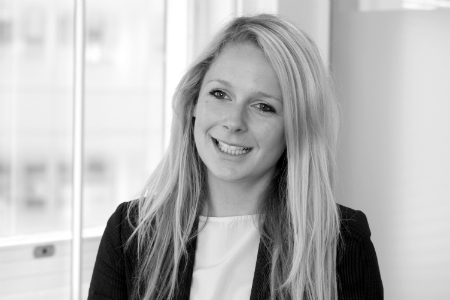