There has been much discussion about how Covid-19 is having a chilling effect on M&A, with a number of deals being aborted and putative purchasers trying to extricate themselves from a number of announced deals.

There is hope, however, that the economic dislocation brought about by the pandemic will ease and eventually right itself. But there is a bigger problem lurking that doesn’t look like it’s going away. Led by the US, western governments around the world are looking at tightening their national security regimes and hence being able to block foreign takeovers more easily. One can simply look to the UK government’s recent U-turn on its treatment of Huawei as evidence of its general approach.

So what exactly is the UK government doing to bolster its national security M&A defences?

Last month, the government published guidance on changes to the public interest grounds for intervention in merger cases. The amended regime allows the government to intervene in transactions that meet the existing turnover or share of supply thresholds if the transaction is relevant to “the need to maintain in the United Kingdom the capability to combat, and to mitigate the effects of, public health emergencies”. The government’s focus is to allow intervention where businesses directly involved in pandemic response, such as vaccine research companies and PPE manufacturers, may be acquired by foreign buyers. The existing turnover or share of supply thresholds still must be met (generally, more than £70 million turnover in the UK or a combined share of supply in excess of 25%), meaning smaller businesses will not necessarily be affected by the changes.

There has also been an update to the changes made in 2018 to reduce and amend the turnover (from £70 million to £1 million) and share of supply threshold tests for transactions involving target businesses in the dual military and civilian use, quantum computing and computing hardware sectors. This now includes artificial intelligence, cryptographic authentication technology and advanced materials sectors, thereby significantly widening the ambit of the new rules introduced in 2018.

While the new public health amendments came into effect last month, the proposed amendments to expand the government’s powers in relation to artificial intelligence, cryptographic authentication technology and advanced materials sector investments will be subject to parliamentary debate and approval.

The government has indicated that these amendments are merely waypoints ahead of more comprehensive powers for the government to scrutinise and intervene in transactions that are expected to be included in the forthcoming National Security and Investment Bill. That legislation is likely to bring about very significant and wide-ranging changes in the UK’s approach to the regulation of foreign investment.

It’s extremely difficult at this stage to project how these new rules will be applied in practice, but if the government’s recent pronouncements on national security matters are anything to go by, one should perhaps assume that government intervention will become a regular feature of cross-border M&A, with all that this entails. 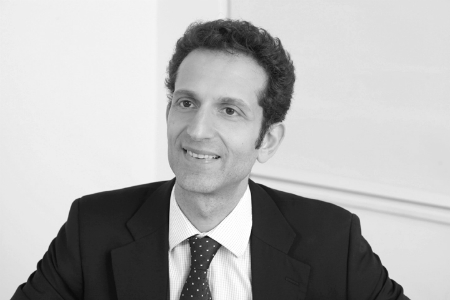 is a corporate partner