AI in the dock: the Trial of Superdebthunterbot

It’s not often that the art world intersects with technology law.  But that’s exactly what happened when artist Helen Knowles staged a performance of The Trial of Superdebthunterbot at… Read more

It’s not often that the art world intersects with technology law.  But that’s exactly what happened when artist Helen Knowles staged a performance of The Trial of Superdebthunterbot at the Zabludowicz Collection in north London on 26 February.

“A debt collecting company, Debt BB buys the student loan book from the government for more than it is worth, on the condition it can use unconventional means to collect debt. Debt BB codes an algorithm to ensure fewer loan defaulters by targeting individuals through the use of big data, placing job adverts on web pages they frequent. Superdebthunterbot has a “capacity to self-educate, to learn and to modify it’s coding sequences independent of human oversight” (Susan Schullppi, Deadly Algorithms). Five individuals have died as a result of the algorithm’s actions, by partaking in unregulated medical trials. In the eyes of the International Ether Court, can the said algorithm be found guilty?”

The algorithm has realised that unregulated and dodgy jobs generate cash quicker, and steered the vulnerable defaulters towards such jobs. Debt BB is insolvent and the original programmer has died. The case has been brought to the International Ether Court under the Algorithm Liability Act, with Superdebthunterbot standing accused of gross negligence manslaughter.

Participants watched a film of the trial, and then the jury sat down to deliberate (ably aided by audience contributions). The jury was comprised of artists, technologists, legal academics, a futurologist and a Kemp Little Commercial Technology lawyer (Michael Butterworth).

Initially, the jury found it difficult to integrate the premise that an algorithm could be liable for a crime. In the end, Superdebthunterbot was granted a second chance at life, as there were 5 votes for guilty and 7 votes for not guilty. However, the discussion brought out a number of interesting themes:

Despite their differences, there was one thing that every single juror agreed upon: any liability for the Artificial Intelligence must not in any way let the human owners, operators and creators off the hook: a reminder that we are all responsible for the future. Has the weight of freedom ever been so great? 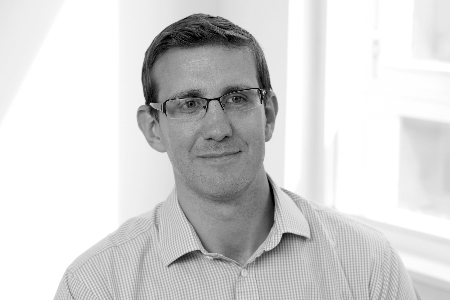