Entrepreneurs’ Relief Until the 2018 Budget, one of the key conditions for entrepreneurs’ relief on a share sale was that, throughout a minimum holding period… Read more

Until the 2018 Budget, one of the key conditions for entrepreneurs’ relief on a share sale was that, throughout a minimum holding period of at least one year before the sale, broadly, the shareholder holds at least 5% of the voting rights and 5% of the ordinary share capital of the company.

However, in the recent Budget, the Chancellor announced a change to these rules to extend the one-year period to two years.  This change comes into force for disposals on or after 6 April 2019 and so it may be worthwhile considering accelerating a potential sale in suitable circumstances.

In addition, another change was also made that takes effect for disposals on or after 29 October 2018 (the date of the Budget) and therefore it is already in effect assuming the legislation is enacted in its current draft form.  This change has caused a great deal of confusion and anxiety in the tax world.

In addition to the ordinary share capital and voting rights thresholds, it will now be necessary for the shareholder to have held an economic interest of at least 5% in the company throughout the minimum holding period.  To satisfy this condition, the draft legislation requires the shareholder to be beneficially entitled to at least a 5% interest in both:

A company’s equity holders include all of its ordinary shareholders but excludes holders of loan notes and ‘vanilla’ fixed rate preference shares.

The implications of this change are uncertain and potentially very extensive.

There could be many traps which entrepreneurs may fall into unwittingly because of this new test.

Shareholders in companies with instruments such as warrants, convertible loan notes or other debt securities with ‘equity-like’ characteristics may be treated as equity holders thus having an impact of the ability of the entrepreneur to attain the 5% threshold.

Traps may also exist for entrepreneurs holding growth shares that participate only in the future growth of the company or only participate once a hurdle has been reached.  Managers’ sweet equity shares will usually represent less than a 5% economic interest in the company and, accordingly, such managers will also no longer be able to claim the relief.

It would also appear as though alphabet shares may not allow entrepreneurs’ relief to be claimed by the shareholder, as the shareholder would only benefit from a dividend if the directors declared a dividend on that class of shares.  Therefore there would be no beneficial entitlement.

There has been a bit of an outcry about this change and there has been much lobbying going on to change the wording before the Finance Bill is enacted early next year.  We await further news on this.  In the meantime, if anyone is expecting to be in a position to claim entrepreneurs’ relief on a disposal of their shares, we would recommend that the position is reviewed in case the above changes have an impact on this.

The Chancellor also announced the intention to reform the intangible assets regime to prevent a de-grouping charge arising on a share sale qualifying for the substantial shareholdings exemption (SSE).  This is a very welcome announcement.

The intangible assets regime was introduced in 2002 and sets out how companies are taxed in relation to IP and goodwill created or acquired from an unrelated party on or after 1 April 2002.  Where an asset within this regime is transferred from one group member to another, the transfer will be treated as tax-neutral.  However, where the transferee company ceases to be a member of the group within six years of a tax-neutral intra group transfer, the transferee company is deemed to dispose and reacquire that asset, which can give rise to a tax charge (called a de-grouping charge).

This de-grouping charge can cause difficulties where the sale of a business by a company is structured as a hive-down to a new subsidiary followed by a sale of that subsidiary.

Under the current rules if the IP is not within the new regime (perhaps because it was created before 2002) and the shares are sold, the de-grouping charge can be eliminated if the sale falls within the SSE.  However, if the IP is within the new regime, the de-grouping charge remains.  This differential has now been removed and this will make it simpler for companies to undertake various reorganisations that previously would have required a detailed analysis of whether or not the intangible assets regime applies.

The changes introduced by the Budget have effect for de-grouping events occurring on or after 7 November 2018 and so are already in effect (assuming the draft legislation is enacted in its current form). 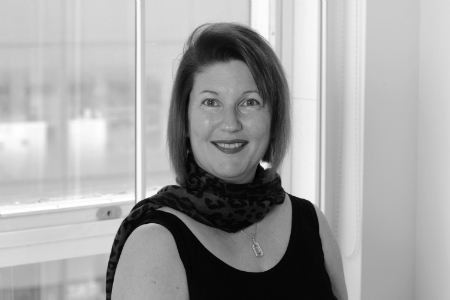 is the head of tax