The Court of Justice of the European Union (CJEU) has just released its decision in Coty Germany v Amazon (C-567/18).  This decision is the latest… Read more

The Court of Justice of the European Union (CJEU) has just released its decision in Coty Germany v Amazon (C-567/18).  This decision is the latest in a line of important rulings concerning the law of intermediary liability for intellectual property infringements.  It has potentially significant implications for brand owners, online marketplaces and retailers alike.

Intermediary (or secondary) liability is one of the most controversial legal issues at present.  In our ever-more digital, interconnected and complex economy and wider society, there is ever-greater scope for one person to become “mixed up” in the unlawful activity of another.

A key battleground is the marketplace and, especially, the online marketplace.  Brand owners have long struggled to stem the flow of counterfeit and “grey” goods at source, so have increasingly sought legal solutions targeted at intermediaries within the digital economy, such as Amazon, eBay, Google, YouTube and Internet service providers (ISPs).  This has been met, largely, with success.  Although, generally, an intermediary cannot be liable for another person’s infringement without knowledge of the relevant infringement, once the intermediary is “fixed” with knowledge of the infringement, they will be legally obliged to take swift and effective steps to stop it.

Brand owners, naturally, have tried to push the limits of the legal solutions available against intermediaries.  For example, in recent months the UK courts have developed additional solutions such as dynamic blocking injunctions and orders to require ISPs to take steps against the circumvention of technological protection measures (TPMs).

Coty Germany (licensee of the DAVIDOFF brand) sued several Amazon companies in the German courts.  The dispute arose after Coty made test purchases from Amazon.de of perfume products that infringed the EU trade mark for DAVIDOFF.  The products were offered for sale by third-party sellers (i.e. not by Amazon).  Amazon was not aware at the time of sale that the products were infringing.  Coty asked Amazon to disclose the details of the sellers, which Amazon refused to do (presumably due to data privacy concerns).  Coty then sued Amazon in Germany for trade mark infringement, requesting that Amazon cease to stock or despatch certain DAVIDOFF-branded perfumes in Germany if marketed without Coty’s consent.

Coty brought the action against several Amazon entities, including Amazon Services Europe Sàrl, which runs the site, as well as Amazon FC Graben GmbH, which operates a warehouse under the “Fulfilment by Amazon” scheme.  This scheme allows a third-party seller to delegate to Amazon the warehousing and delivery logistics of goods stocked on their behalf by Amazon, although the third-party seller (not Amazon) remains the person that contracts with the end customer.  In other words, Amazon was not the primary seller/infringer, at least on paper.  It is already well-established law (from cases such as Google France and L’Oréal v eBay) that mere advertising on behalf of a primary infringer will not – in itself, without another factor (such as knowledge or active involvement in the infringement) – constitute trade mark infringement.  Consequently, the actual product listings on the Amazon website were not under scrutiny.

Therefore, the question that the German supreme court (Bundesgerichtshof) referred to the CJEU was deceptively simple.  Essentially, the CJEU had to decide whether Amazon’s warehousing of infringing products fell within Article 9(3)(b) of the EU Trade Marks Regulation, that is:

“offering the goods, putting them on the market or stocking them for those purposes under the sign…”

The CJEU decided (strictly within the scope of the question it had to answer) that by warehousing the goods and advertising them on its site, Amazon was not liable for trade mark infringement.  However, this apparently simple headline obscures significant nuance and many unanswered questions. 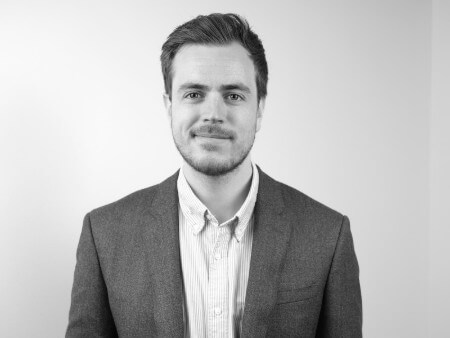