COVID-19 and cancellation in the sports sector

In the midst of a pandemic, one area facing major commercial impact is that of organised sports, a sector where the effects of a pandemic… Read more

In the midst of a pandemic, one area facing major commercial impact is that of organised sports, a sector where the effects of a pandemic are particularly acutely felt. To date, the virus has paved a long road of cancelled and postponed major events, from local marathons to Formula 1 races and the Wimbledon Championships, all the way up to the 2020 Olympics.

Each of these cancellations comes with a raft of associated commercial arrangements which are subsequently cast into doubt when the planned event becomes impossible to fulfil, meaning that in many cases, clubs, sports bodies and event organisers cannot deliver as suppliers of sports content. This has a profound impact on businesses which are involved in broadcasting, sponsoring and otherwise distributing sports content at a commercial level.

The potential for claims arising from COVID-19 in this context is therefore wide-ranging. Broadcasters and sponsors are likely to seek recompense for event organisers not performing their obligations in providing the sports content, tickets or broadcast rights which were central to the bargain which was struck, and possibly paid for in advance. Many agreements may also be constructed to coincide with the dates of a particular sports season, which have since been moved, therefore taking the season out of the original term of the contract.

As a result, we’re seeing more and more requests for advice from businesses who have purchased the rights to sports content, advertising space or sponsorship deals for matches and tournaments that can no longer be held. Naturally, the primary concern for these businesses is establishing whether they have a right to a refund, to renegotiate or to obtain some other remedy to offset the impact of the cancellation or delay.

The central issue in these cases is whether the current pandemic circumstances, along with the measures imposed by governments and regulators around the world, is enough to release an organiser from its obligations to deliver the event. From a contractual standpoint, the key thing to look for is drafting in respect of force majeure, which is a provision which sets out certain unforeseeable events which may excuse liability for non-performance.

Many sports clubs and companies will have force majeure clauses in standard agreements relating to sports events, but drafting can vary substantially, with the result being that COVID-19 triggers force majeure only in some cases. In others, it may be possible for the customer to obtain some relief.

Some force majeure clauses are drafted specifically to include health-related incidents including “notifiable disease”, “epidemics” or “pandemics”, in which case COVID-19 would be a triggering event for the non-performing party, at least from the date at which COVID-19 was declared as such. Other clauses, however, will not specifically mention disease-related events, in which case, the force majeure clause is less likely to be triggered.

In the absence of specific events, there will usually be language around “events beyond the party’s [reasonable] control”, which is the catch-all the non-performing party would probably seek to rely on. Whether or not COVID-19 will come under this catch-all depends heavily on the facts, as such clauses are interpreted in the context of the drafting of the clause and the parties’ respective obligations under the agreement.

The other potential legal mechanism that could excuse a non-delivering supplier’s liability is frustration, where a contract is discharged and the parties are relieved of liability if later events make performance by either party impossible or illegal. This would usually only be relied on if the force majeure clause was deemed insufficient or non-existent.  This is because frustration is not dependent on the terms of a contract and in fact largely applies where something entirely unforeseen strikes at the root of the contract and renders performance of the contract impossible or illegal or makes its radically different to what was intended. There is no one test for when a contract is frustrated, however, and claiming this is subject to a court’s judgment.

It is possible that contracts which don’t consider the prospect of pandemics could give rise to frustration claims about COVID-19. A possible argument relates to changes in public policy which make a contract impossible to perform, i.e. where there are governmental restrictions put in place which make a sports event impossible. However, if the consequence (i.e. cancellation of the sports event) could have been caused by something other than a pandemic which was foreseen by the parties, or was readily foreseeable, this is an indicator against frustration. As there are a number of possible events which could give rise to cancellation or postponement of a sports event, this means proving frustration is likely to be difficult.

Frustration also won’t apply just because performance is more expensive or onerous on the delivering party, nor if it is possible to provide some parts of the contract. Timing is also relevant, as if the delay caused by COVID-19 is shorter than the time period of the agreement between the parties, the party claiming frustration would also have to prove that the whole purpose of the contract is defeated by the delay. For this reason, longer-term agreements are less likely to be considered frustrated.

Once a sporting event is cancelled and the organiser has notified its customer of their reliance on COVID-19 as a force majeure or has claimed a frustrating event to excuse liability under an agreement, what happens next?

The first step with force majeure is always to go to the contract and determine whether the clause in question has been drafted sufficiently widely to cover COVID-19. The second step is to determine that no alternative resolution other than cancellation or delay is possible. Force majeure can generally only be relied upon when performance becomes virtually impossible, not simply more difficult or commercially onerous. For instance, many sports events may be rescheduled for a later date, and so at least some of the benefit of the agreement might still be possible to obtain.

If frustration is being claimed, the customer will need to consider whether this is a plausible argument in the context of the agreement and what the exact causes of non-performance were. Given the number of factors in play, there are a number of complexities involved in claiming frustration purely on the basis of COVID-19. The context of the contract will be key: length, specific obligations and pre-considered mitigations are all relevant under these circumstances.

A successful frustration case generally means that, at the time of frustration, the primary legal obligations of each party are no longer legally binding and the contract is therefore brought to an end. It is also worth noting that it may also be possible to recover or cancel advance payments for certain contracts under the Law Reform (Frustrated Contracts) Act 1943, which sets out the circumstances in which this can and cannot be done.

Often, the parties involved will be looking to preserve long-standing commercial relationships in these situations, so it will be in both sides’ interests to find a practical workaround. The nature of current circumstances is such that, although disruption is large-scale in the short term, it is likely that sports events will resume in the mid- and long-term, meaning that in some cases it is possible to determine a way forward for commercial agreements. In others, for instance in sponsorship arrangements, while the central event itself may not be possible to perform, there may still be other avenues for the sponsor to receive marketing rights, even if on a smaller scale than initially intended.

Examples of solutions we have seen to date include invoking a mechanism for an equitable reduction in fees, freezing payments until circumstances change, pausing the relationship until circumstances improve, or agreeing another means of providing value to the paying party such as a substitute or replacement package of sponsorship rights for a future date.

As COVID-19 continues to have a profound disruptive effect on the sports world, it will be necessary for businesses operating in this sector to consider their options and in many cases establish appropriate contingency plans to keep their business operational. This involves assessing the risk under any current arrangements with clubs and event organisers where content has been affected by COVID-19, and also preparing for the future in providing rights and obligations for any further disruption under similar circumstances. 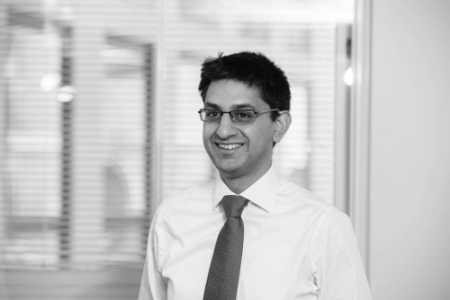 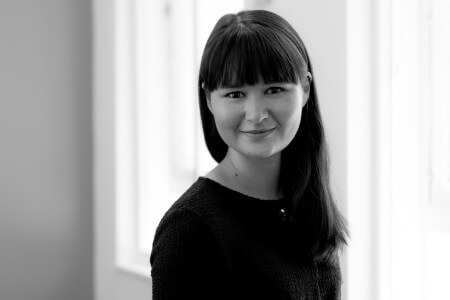