Sustainability has become a key buzzword for the retail sector in recent years, with consumers expecting more from their brands in supporting and tackling social… Read more

Sustainability has become a key buzzword for the retail sector in recent years, with consumers expecting more from their brands in supporting and tackling social and environmental issues, and top fashion houses and high street stores striving to deliver. In particular, the use of fur in fashion items has long been a challenge for clothing retailers from both an ethical and commercial standpoint as the modern day conscientious consumer has caused the industry a re-think.

The use of fur has now been thrust back into the spotlight following recent findings within the retail industry of real animal fur clothing items marketed and sold to shoppers as fake fur products. In response, the Committee of Advertising Practice (CAP) issued an Enforcement Notice to clothing retailers on 17 January 2019 in order to tackle a wider concern on misleading advertising to consumers of real fur items as fake fur. A copy of the ASA Enforcement Notice can be found here.

The Enforcement Notice sets out two case studies whereby two individual retailers were investigated and found to be misleading consumers through advertising products containing real fur as fake fur items. The Enforcement Notice endorses laboratory testing as the most accurate way of confirming the origin of fur used in products, but also outlines a helpful three-step test with informative diagrams on how to tell the difference between animal and fake fur. In summary, the three-step test consists of the following:

The Enforcement Notice concludes with examples of “do’s and don’ts” for retailers in advertising products:

Online platforms using third party sellers are also firmly brought into scope of the Enforcement Notice with e-commerce businesses advised to educate the sellers they partner with on the fur testing process outlined in the guidelines in order for goods to be marketed accurately. In all cases, the ASA makes clear that retailers should not be misleading consumers by advertising fake fur as real fur and the Enforcement Notice confirms that from 11 February 2019 retailers that fail to adhere to the rules could face targeted enforcement action including referral to the relevant Trading Standards offices.

The legal and ethical backdrop

Whilst the ASA itself does not engage in discussion on the ethics of fur, the topic of banning fur imports and sales gained considerable traction in early 2018 through an online UK government and Parliament petition which surpassed the target of 100,000 signatures automatically triggering a debate in Parliament. The #furfreebritain campaign was born and gained momentum from thousands protesting outside Parliament accompanied by backing from high-profile celebrities such as Stella McCartney’s letter to Parliament supporting the ban, and several celebrities teaming up with animal rights charity Humane International UK to show their support.

Fur farming has been banned in the UK since 2000 with the enactment of the Fur Farming (Prohibition) Act and the closing of the UK’s final fur farm taking place in 2003. However, it is still legal to import and sell fur in the UK. The UK Parliament debated the ban on fur imports in early June 2018 however no solid commitment to a restriction on the UK fur trade was made. The Environment Minister cited the UK’s membership of the European Union, and in particular the requirements of Article 114 of the Treaty on the Functioning of the European Union (TFEU) restricting the government’s ability to introduce further limitations on the UK fur trade as this required obtaining formal consent from all other EU countries in order to do so.

Animal welfare is a core value of the European Union as set out in Article 13 of TFEU and as evidenced by EU Regulations banning trade in the fur of domestic cats, dogs and seal skins from commercial hunts. Several European countries such as the UK and Austria have progressed this further and applied a full-scale fur farming ban, with other countries such as the Netherlands and Germany implementing a long-term “phase-out” of the fur farming practice. However, the fur trade is still a thriving business sector on a global scale for several other European countries which continue to operate their fur farming business around this legislative restriction demonstrating the vast divide between European neighbours on this hot topic.

The ASA firmly excludes regulation of textile labelling from its scope which is instead policed by Trading Standards. Under current UK legislation derived from EU law, there is a requirement for textile products that contain animal fur to be labelled with the words “contains non-textile parts of animal origin” but there is currently no legal requirement to use the specific word “fur” on items containing real fur or to provide any further information on the specific parts of animal origin used.

Campaigns and efforts to bring the sale of fur to an end are still on-going in the UK retail industry. London Fashion Week 2018 becoming the first of all global fashion weeks to drop animal fur from its shows and a statement was released by the British Fashion Council to confirm none of the designers participating in the official schedule would be using fur. The growing list of high profile brands banning fur from their collections and implementing “no fur” policies must now consider the regulatory position set out by the ASA in this Enforcement Notice to ensure such promises are not broken through use of alternative “faux fur” products. 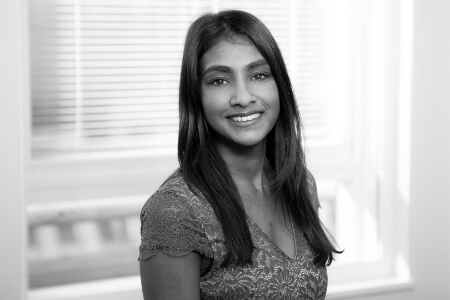