Force Majeure clauses and the coronavirus

Abstract: This article discusses the applicability and role of force majeure clauses in light of the coronavirus pandemic, and reviews recent case law on their… Read more

An introduction to Force Majeure clauses

As far back as 1592, Thomas Nashe declared “From Winter, plague and pestilence, good lord deliver us”. If he had added to that list earthquakes, war, government intervention and a few others then he might have had the makings of a modern-day force majeure clause. In general, the purpose of a force majeure clause in a contract is to excuse one or both parties from liability when an extraordinary event or circumstance beyond their control prevents one or other of them from fulfilling their obligations under that contract.

The applicability and role of force majeure clauses has come under considerable scrutiny over the last few weeks given the recent outbreak of the coronavirus (also referred to as COVID-19). The World Health Organisation and other humanitarian agencies have made great efforts to help those affected and to advise how best to take steps to protect against further spread of the virus, whilst a number of governments around the world have ordered national “lock downs”, with varying degrees of enforcement. Alongside the human impact, the COVID-19 outbreak has also had an immediate commercial impact, which has been felt particularly keenly by the technology sector given that a large proportion of the world’s technology manufacturers are based, or have factories, in China and the far east more generally. Already, Apple has warned that the coronavirus is likely to have material impact on its product development and ultimately its bottom line revenue, Facebook has cancelled its global marketing conference and the world’s largest phone trade show, the Mobile World Congress, was abandoned after Amazon and other tech companies chose not to attend due to fears arising from COVID-19. Now that Europe is the epicentre of the pandemic, these consequences are only likely to be repeated.

China has now issued more than 3,000 “force majeure certificates” which purportedly exonerate companies from not performing or partially performing contractual duties by proving they are suffering from circumstances beyond their control (in this case, the COVID-19 outbreak). This difficulty with such a certificate is that the concept of force majeure is treated differently across different jurisdictions. In the case of English law, if a party wishes to rely on force majeure, then the event in question must fall within the express provisions of the contract.  In the absence of contractual provisions providing for force majeure events, the parties would be left to rely on the common law doctrine of frustration, which operates within narrow confines, or trying to bring itself within a change of law or material adverse change clause, condition precedent or dependency if the contract includes such provisions.

As the concept of force majeure is not a recognised separate legal principle in its own right in English law, contracts must describe not only what is meant by force majeure but also what the consequences are, and what procedures need to be followed if a company is claiming that the clause is in effect. The courts will not imply force majeure in the absence of a specific contractual provision.

If a party wishes to claim time and/or money as a result of a force majeure event (such as coronavirus), then it must (i) ensure that the event meets the contractual requirements to be a force majeure event; (ii) check that the clause applies to it (a clause which refers to events beyond the reasonable control of the seller is unlikely to benefit the buyer: Tandrin Aviation Holdings Ltd v Aero Toy Store LLC [2010] All ER (D) 111); (iii) check whether the remedies provided will help in the circumstances; and (iv) comply with the relevant procedural requirements set out in the contract for claiming loss and expense, an extension of time or termination; and (iii) prove that the event in fact caused the alleged period of delay or loss (as one would comply with the requirements of any other relief notice under a contract). The burden of proof is on the party seeking to rely on the clause.

Courts tend to interpret force majeure clauses narrowly, and so when considering whether the event comes within the meaning of the wording of the clause, a force majeure clause which includes a list of examples tends to be better than one without (so long as the event on which you want to rely is on the list). Provisions often cover natural disasters like hurricanes, floods, earthquakes, and weather disturbances (sometimes referred to as “acts of God”). Other covered events may include war, terrorism or threats of terrorism, civil disorder, governmental action, labour strikes or disruptions, fire, disease or medical epidemics or outbreaks (which are particularly apt in the present circumstances). The difficulty is that no list will cover every situation, and so there is often some catch-all wording included to cover, for example, “…any other similar events beyond the control of the parties”. The difficulty with relying on the catch-all wording is that, as set out above, force majeure is not a legal term and is open to interpretation. The party who wishes to rely on the clause will have to convince the other side (and if need be a court or an adjudicator) that the event in question falls within force majeure. This will be harder if none of the specified events is similar to a pandemic.

That said, given the once-in-a-generation, multi-jurisdictional, highly disruptive nature of the pandemic, the courts may be sympathetic to as broad an interpretation as is possible within the wording of the clause. There are some helpful, albeit obiter, comments in earlier case law.  For example, in Gardner v Clydesdale Bank [2013] EWHC 4356 (Ch) a flu pandemic was described as an example of force majeure, in Lebaupin v Richard Crispin & Co [1920] All ER 353 an epidemic was given as an example of events outside a party’s control, and in Tandrin a pandemic causing a shortage of staff would have constituted force majeure. The fact that the ICC model force majeure clause says that (unless otherwise provided) plagues, epidemics, curfew restrictions and prolonged break-down of travel are all presumed to be beyond a party’s reasonable control and not things which a party could reasonably be expected to take into account at the time the contract is made, may be helpful.

Even if coronavirus itself does not come within a force majeure clause, it is possible that some of the steps taken in reaction to it such as border closures, travel restrictions or compulsory closures, may fall within a wider force majeure definition.

A key point is that the event must be beyond the control of the affected party. They must be able to show that, even if they had done all that was to be reasonably expected of someone in their position, they would still have been affected.

The date of the contract may be significant. There is conflicting case law as to whether the event has to have been unforeseeable at the time the contract was made: in Trade and Transport Inc v Iino Kaiun Kaisha Ltd [1973] 1 WLR 210, Kerr J thought a party could not rely on an event which was reasonably foreseeable before the contract was made, but this was doubted in Channel Island Ferries Ltd v Sealink United Kingdom Ltd [1988] 1 Lloyd’s Rep 323, and in Navrom v Callitsis Ship Management SA [1988] 2 Lloyds Rep 416 there was found to be no justification for limiting a force majeure clause to events which did not exist at the date of the contract or could not be predicted at that time.

Assuming that the meaning of the force majeure clause is unclear, and/or the parties ultimately end up in dispute when claiming that a particular event does or does not fall within a force majeure clause, a court will follow the usual rules of contractual construction and will likely take into account the following:

There are also a number of fact-specific points to bear in mind in relation to force majeure clauses which have been developed by the courts. These include:

Force majeure clauses tend to be construed narrowly and should be interpreted on a contract-by-contract basis, taking into account the contract as a whole and the wider factual context.  The use of a list (whilst generally helpful) will normally exclude those events which are not included on the list.  It is sensible, therefore, to also have a catch-all provision which is drafted sufficiently widely so that similar events (which are beyond the parties’ control) are also captured.

It is critical that a party looking to rely on a force majeure clause complies strictly with its requirements: a failure to provide sufficient detail, or a failure to provide the information within an appropriate timeframe, may defeat a claim for force majeure: GPP Field LLP v Solar EPC Solutions SL [2018] EWHC 2866 and Teoco UK Ltd v Aircon Jersey 4 Ltd [2018] EWCA Civ 23.

Force majeure clauses are often forgotten or assumed to be simply standard boilerplate clauses, but the impact of the coronavirus on the global tech supply chain has shown how important it is to ensure that a force majeure clause is tailored to the contract which it is intended to protect, and reflects those issues common to that contract’s place of performance – whether that is typhoons in the northwest Pacific, governmental action in unstable political landscapes or, as in this case, epidemics in the far east. 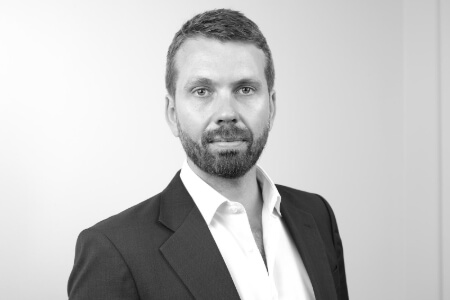 is a technology disputes partner