On 3 November 2016 the High Court handed down its keenly awaited judgment in the case on whether the Government can trigger Article 50 of the Treaty of the European Union (Lisbon Treaty) without consulting Parliament, concluding that the Government cannot do so and that the decision can only be made by Parliament.[1]

The sole question for the High Court to decide was whether, as a matter of constitutional law, the Crown – acting through the executive Government of the day – is entitled to use its prerogative power to give notice under Article 50 for the UK to cease to be a member of the EU.  The court emphasised that it was only addressing a pure question of law and was not expressing any views on the merits of leaving or not leaving the EU.

According to the court, “the most fundamental rule of UK constitutional law” is that Parliament is sovereign and that legislation enacted by Parliament is supreme. The court noted that “Parliament can, by enactment of primary legislation, change the law of the land in any way it chooses” and that there is no superior form of law than primary legislation unless Parliament has itself allowed that to happen.  The only example of this was the enactment of the European Communities Act 1972 (ECA 1972) when the UK joined the European Communities (which became the EU); the ECA 1972 confers primacy on EU law. [2]

The court explained that although as a general rule international relations, including the making and unmaking of treaties, is a matter for the Crown in exercise of its prerogative powers, the Government cannot through prerogative powers override legislation enacted by Parliament. In this case, if notice is given under Article 50, it will inevitably change domestic law, namely all of the elements of EU law which Parliament has made part of domestic law via the enactment of the ECA 1972. As a piece of primary legislation only Parliament has the power to repeal the ECA 1972.

Accordingly, the court did not accept the Government’s argument, calling it “flawed at [a] basic level” because it was contrary to the language of the ECA 1972 and the constitutional principle that the Government cannot alter the law of the land using prerogative powers.[3] Therefore the court held that the Government “has no prerogative power to effect a withdrawal from the Community Treaties on whose continued existence the EU law rights introduced into domestic law depend” and as a result those powers also cannot be used to effect withdrawal from those Treaties by giving notice under Article 50 to withdraw from the EU.[4]

The Government now has the right to appeal to the Supreme Court in December. It is expected that the Government will appeal.

It remains to be seen how this judgment and the likely appeal to the Supreme Court will impact the timing announced previously by the Prime Minister that Article 50 would be triggered prior to the end of March 2017.

[1] The Queen on the application of Gina Miller & Deir Tozetti Dos Santos v The Secretary of State for Exiting the European Union Grahame Pigney & Others, https://www.judiciary.gov.uk/wp-content/uploads/2016/11/judgment-r-miller-v-secretary-of-state-for-exiting-the-eu-20161103.pdf

[2] The Queen on the application of Gina Miller & Deir Tozetti Dos Santos v The Secretary of State for Exiting the European Union Grahame Pigney & Others, Para 20 https://www.judiciary.gov.uk/wp-content/uploads/2016/11/judgment-r-miller-v-secretary-of-state-for-exiting-the-eu-20161103.pdf

[3] The Queen on the application of Gina Miller & Deir Tozetti Dos Santos v The Secretary of State for Exiting the European Union Grahame Pigney & Others, Para 85 https://www.judiciary.gov.uk/wp-content/uploads/2016/11/judgment-r-miller-v-secretary-of-state-for-exiting-the-eu-20161103.pdf

[4] The Queen on the application of Gina Miller & Deir Tozetti Dos Santos v The Secretary of State for Exiting the European Union Grahame Pigney & Others, Paras 92  https://www.judiciary.gov.uk/wp-content/uploads/2016/11/judgment-r-miller-v-secretary-of-state-for-exiting-the-eu-20161103.pdf 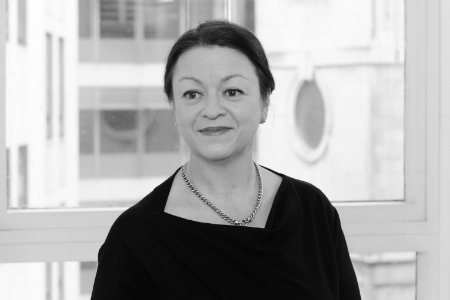 is a commercial technology partner