Few cases have considered material adverse change provisions in the context of a private M&A context – the recent ruling in Ipsos SA v Dentsu Aegis Network Ltd (previously Aegis Group plc) [2015] EWHC 1726 (Comm) suggests how the courts might approach the construction of such provisions and suggests that careful drafting is required in order to minimise uncertainty in their application.

The proceedings arose out of the acquisition by Ipsos from Aegis of one of its business divisions, Synovate, which had a global business in the market research industry.  The business was sold under the terms of a share purchase agreement dated 26 July 2011 (the “SPA”), which completed on 12 October 2011 due to the need for shareholder approval and certain competition clearances.  Ipsos paid Aegis a purchase price of £528.8 million for the Synovate business.

Completion of the SPA was conditional on no material adverse event (“MAE”) occurring between the date of the SPA and 30 September 2011.  An MAE was defined as an “act or omission, or the occurrence of a fact, matter, event or circumstance, affecting Synovate giving rise to, or which is likely to give rise to, a material adverse effect on the business, operations, assets, liabilities, financial condition or results of operations of Synovate taken as a whole.”  The parties had to notify each other within two business days of becoming aware of any matter which would give rise to the ability for Ipsos to rely on a completion condition. Ipsos was entitled to terminate the SPA if the MAE condition was not satisfied.

Aegis also gave a warranty that, as at the date of the SPA, “there has been no material adverse change in the financial or trading position of Synovate taken as a whole” since 31 December 2010.  The limitations on Aegis’ liability included an acknowledgement that Aegis gave no warranty regarding the accuracy of any forecasts, estimates, projections and statements of honestly expressed opinion provided to Ipsos prior to the SPA.

Ipsos sought to bring a claim that Aegis had failed to notify them of matters which were reasonably likely to give rise to their ability to rely on the MAE condition.  Ipsos relied on the following matters as falling within the MAE condition:

Rulings from English courts on MAC clauses are few and far between, meaning this case offers a valuable insight into how the courts approach such provisions in practice.  It is apparent from this case that there is a risk that including too many circumstances or events within MAE conditions could cause an undesirable degree of uncertainty.  In this case, the judge held that including forecasts for profits, revenue etc. within the definition of Material Adverse Effect would be highly undesirable for parties involved in M&A transactions, giving parties a back door with which to exit a deal.  The relevance placed on the express agreement that no warranty was given in respect of forecasts also suggest that a MAC clause will not be treated in isolation from other clauses in a SPA and that application and interpretation of such clauses should be consistent with business common sense. 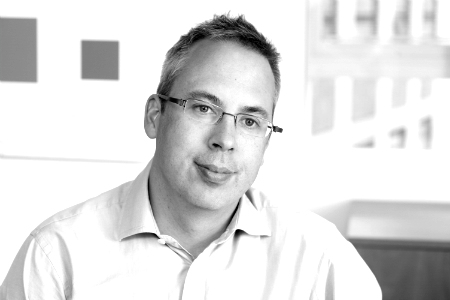