One occasion when Brexit isn’t frustrating…

On 20 February 2019 Marcus Smith J ruled that the European Medicines Agency’s 25 year lease of HQ premises in Canary Wharf was not frustrated by Brexit and the European Medicines Agency’s relocation to Amsterdam. We considered this case, and the English law concept of frustration, in an earlier blog endless frustration – can Brexit cancel a contract, and look now at the reasons for the Court’s decision and some principles which may be useful for others whose contracts are affected by consequences of Brexit.

The European Medicines Agency (EMA) argued that its lease was frustrated by Brexit, and the EMA’s resulting relocation, either because the EMA’s performance of the remainder of the lease was illegal or because Brexit frustrated the common purpose of the parties that the premises should be used as the EMA’s HQ.

A contract is frustrated, and both parties are relieved of future performance, if events after signature of that contract make its future performance illegal or fundamentally different from what was expected, and those events could not reasonably have been foreseen (see endless frustration – can Brexit cancel a contract, for more detail).

The EMA lease was signed in 2014, but the relevant date was August 2011 when the EMA and Canary Wharf Group entered into an agreement for lease.

The judgment does not give us much help in deciding when Brexit did become reasonably foreseeable, and in several respects, the case turned on its particular facts. For example, because the EMA was a creation of the EU, any illegality was self-induced because the EU required the relocation and could have addressed the alleged problems in the 2018 regulation requiring that relocation. The judgment gives no guidance on whether Brexit may have been foreseeable at different times in different sectors, or at different times by parties in the UK, elsewhere in the EU, or in third countries.

The decision does however provide a useful restatement of the principles of frustration and some hints about how arguments of frustration based on Brexit are likely to be considered by the courts. In a short blog, we can’t do justice to the detail of Marcus Smith J’s 95-page reasoned judgment, but the following may be some useful pointers:

The court also considered how the EU (Withdrawal) Act 2018 should be interpreted. This Act incorporates directly applicable EU law as it operates immediately before exit day into UK domestic law. As part of its argument that performance had become illegal, the EMA argued the Withdrawal Act would not give it the benefit of certain protections which made its buildings and archives inviolable within the EU because, even when incorporated into UK domestic law, these protections would still apply only to premises/archives in the territories of EU member states. Marcus Smith J robustly rejected this interpretation – the whole point of the Withdrawal Act was to incorporate EU law that previously applied to the UK, as a member state, into UK law even when the UK was a third country: the EMA’s interpretation would result in “manifest absurdity” as it would apply EU law in member states where it already applies (giving the Withdrawal Act a surprising extra-territorial effect), and fail to apply EU law in the UK where it would not otherwise apply.

The judge rejected the EMA’s arguments that he should (or must) refer the matter to the Court of Justice of the European Union (CJEU): just because the UK’s withdrawal from the EU is a matter of immense significance and importance did not mean that every legal question arising out of that withdrawal was similarly significant and important.

The EMA has until 29 March 2019 to appeal. Particularly given the sums at stake, we may not have heard the last of this.

On 1 March 2019, Marcus Smith J granted the EMA leave to appeal his judgment to the Court of Appeal, so the Brexit debate will continue here too. 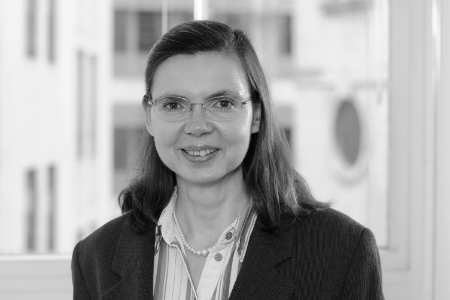 is a commercial technology legal consultant