The term “Australian-style” has been widely touted by the Conservative government in recent years, particularly under the current PM, Boris Johnson. The Australian system provides… Read more

The term “Australian-style” has been widely touted by the Conservative government in recent years, particularly under the current PM, Boris Johnson. The Australian system provides points for certain skills and qualifications, such that individuals possessing the requisite skills and/or qualifications could be granted leave to remain in the country, even in the absence of a job offer, or whether that individual would be deemed ‘highly skilled’. Instead the focus is upon introducing migrants into Australia where there is a shortage of labour in a particular field. A good example of this would be Software Engineers, which have been deemed an Occupation in Demand, and therefore migrants may find that a job offer prior to arrival is not required.

The system as proposed by Johnson’s government, however, focuses largely on attracting highly skilled migrants, rather than attracting migrants to fill roles where there is an established shortage. Workers deemed to be unskilled will therefore only be granted short-term visas and will be unable to remain within the UK beyond their expiry. The PM explained his justification for applying such a policy as bearing “down on migration particularly of unskilled workers who have no job to come to”, and faced accusations of racism for claiming that migrants “had been treating Britain as their own” for too long. Maike Bohn, co-founder of the 3million described the comments as “an anti-immigration dog whistle from a prime minister blaming migrants for homegrown problems”, before suggesting that the Prime Minister should know better. Note: it was not difficult to find a dissenting opinion on Johnson’s comments here.

Though the UK is looking to continue the expansion of its tech sector (along with other sectors associated with high levels of skill), there remains a need for migrants who would not necessarily be deemed to be highly skilled. In criticising the policies, Professor Jonathan Portes of Kings College said “there’s a damaging misconception in this debate that there’s a binary divide between the brain surgeons and the people who pick strawberries – most ordinary immigrants are somewhere in between. Doing jobs that require skills but aren’t necessarily highly skilled, and they would not pass this particular test. Butchers, for example, or people who work in abattoirs – this is hard work and you need training. Most come from eastern Europe but are unlikely to make the highly skilled cut.”

More generally, Johnson’s policies have been criticised for misleading voters with the claim of reducing immigration, with the shadow Health Secretary, Jonathan Ashworth pointing out that under the plans, decisions on who will be granted a visa will be determined by an independent committee, resulting in “no accountability over any decision that any immigration minister makes, because they will be handed over to a statutory independent committee”. Ashworth also joined the many critics of the PM’s plans to impose the immigration health surcharge on migrants nurses working for the NHS, which is widely understood to be understaffed and struggling to attract UK-based graduates to the profession. Chai Patel of the Joint Council for the Welfare of Immigrants, said Mr Johnson’s attack on migrants for coming to the UK and making it their home was “disgraceful” and that his policy plans would be “hugely destructive” and make the UK a “more hostile and closed society“.

With less than 24 hours until we know the outcome of the General Election, we will soon have a better idea of the path which is to be followed with respect to the UK’s immigration policy, however it would seem clear that the country (and the electorate) remains wholly divided on which path is the right one to follow.

For more on this read https://www.theguardian.com/politics/2019/dec/08/boris-johnson-lying-over-immigration-jonathan-ashworth 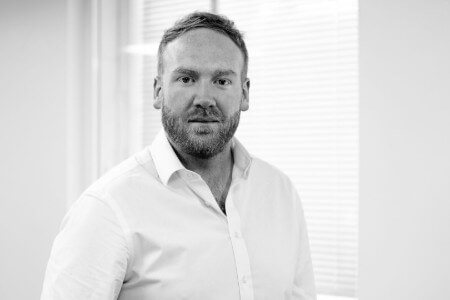