In the matter of alleged trade mark infringement by Big Horn UK Limited, Voltino Eood and Lyubomir Enchev (the Defendants) against registered EUTMs of Red Bull (the Claimant).

In February 2018, RB brought infringement proceedings against the Defendants on the basis that they used signs similar to RB’s trade marks on energy drinks and bottled water in the UK and EU (Articles 9(2)(b) and (c) and 9(3)). Note that this judgement concerns the First and Third Defendants only as judgment against the Second Defendant issued in October 2019.

The First Defendant, Big Horn UK Limited, is a UK company set up by the Third Defendant, Mr Enchev (who is the sole director), in May 2017 to sell the goods subject of these proceedings.

Due to various issues (solicitors ceasing representation, failure to participate in CMC and pre-trial review and health issues), the trial eventually took place with Mr Enchev attending via conference call.

In August 2016, the Second Defendant filed an EUTM application for the first device above, which RB opposed (refused registration on 7 January 2019). However, Big Horn energy drinks started to sell in the UK and Bulgaria regardless. RB’s test purchases found the cans were identical in shape and size.

As the First and Third Defendants did not serve any witness evidence or disclosure, the precise nature of their involvement with the Second Defendant was unclear. However, it is not disputed that the First Defendant imported and sold energy drinks in the UK and Mr Enchev was the “controlling mind”.

At trial, Mr Enchev said he started negotiations with the Second Defendant in April 2017 to be a distributor of the Big Horn energy drinks. A contract (undisclosed) was entered in to in May 2017 and terminated on 1 March 2019 (although advertising was ongoing after termination).

The Judge held “it is quite evident that Big Horn’s signs have been designed so as to enable Big Horn to free-ride on the reputation of Red Bull, and to benefit from the very considerable marketing efforts of Red Bull to create a particular image associated with its trade marks”.

The Judge declined to consider likelihood of confusion in detail, but said he “would not have been persuaded that the Big Horn signs give rise to a likelihood of confusion …Rather, it [is] far more likely that the average consumer would perceive the Big Horn products as cheaper or alternative versions of Red Bull’s products, stimulating sales of the former in a way that would not have occurred had the Big Horn signs not evoked so directly the visual and conceptual forms of the Red Bull trade marks”.

Accordingly, use of the Big Horn signs infringed RB’s rights under Article 9(2)(c).

Further, being the sole director, Mr Enchev was liable with Big Horn UK Limited as a joint tortfeasor.

This article was first published in the May 2020 issue of CITMA Review, the journal of the Chartered Institute of Trade Mark Attorneys (CITMA). For more information on CITMA, please visit their website here. 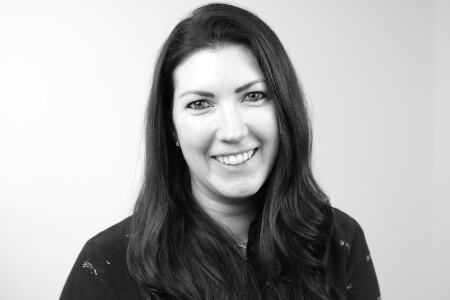